Netflix: Our favourite book-loving stalker is back to find Love. 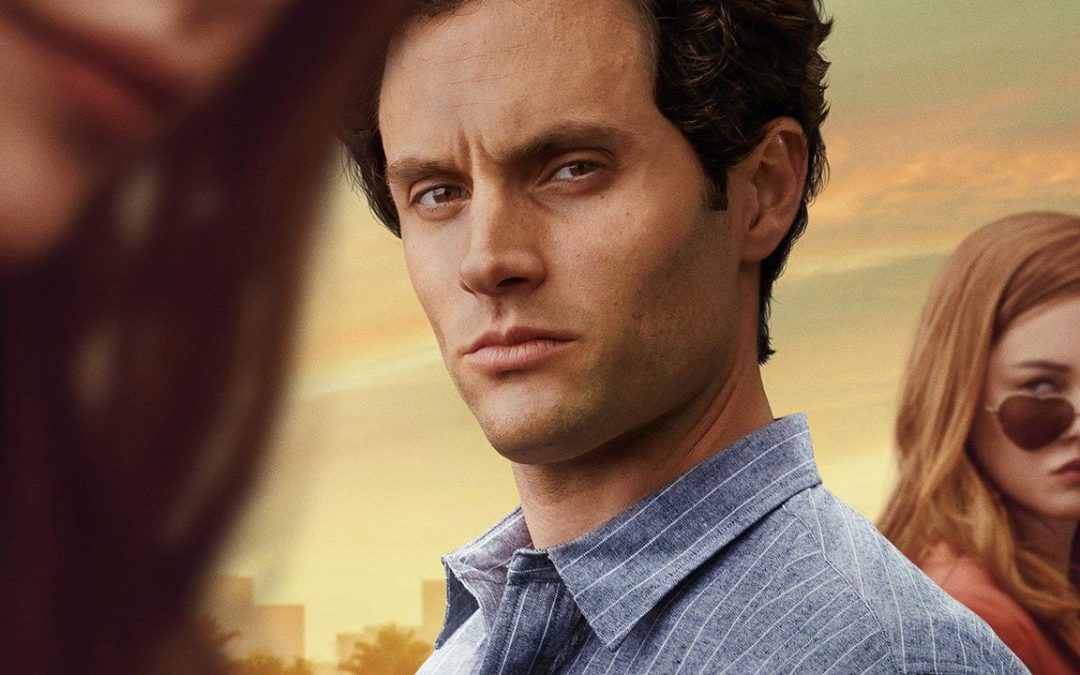 *** May contain Season One spoilers***

If like me, you spent the last 12 months scrolling past the Netflix series You thinking it was just another millennial love story, then you’re missing out. Starring Penn Badgley, of Gossip Girl fame, as Joe, a smart, well-read yet seemingly unassuming bookstore manager, I’ve yet to decide if You is actually just dark, inky satire.

In season one, Joe becomes obsessed with aspiring writer Beck (Lail). Using the internet, social media and good old-fashioned stalking, he sets out to woo this girl of his dreams. Complete with Joe’s constant narrative, we all feel a little creeped out by just how easy it is for him to find out all about Beck and lure her into his web. And lure her he does, eventually winning her heart.

However, underneath his nice guy persona lurks the dark heart of a murderer and well, as much as we want to believe in the power of love. It isn’t to be.

Season 2 picks up when Joe, who is now known as Will, relocates to a city he hates, Los Angeles. Soon enough he’s noticing another woman and……uh oh.

But this time, he may be in for more than he bargained for….

If you want something a little salacious, a little sexy and a little twisted, then this is the show for you. You may have to battle against wondering once too often if this series isn’t romanticising the whole stalker thing a bit too much. And you may think from time to time that it’s all been done before….in season one.

But hang in there. It perks up.

I’ll admit the first few episodes are a little tiresome as we tread over the now well-worn footprints of Joe/Will’s sociopathic tendencies. But then we get some curveballs and some inklings that all may not be as it seems.

Can Joe/Will clean up his act? This time. With this girl, ironically (or not) named Love. He wants to be a good man; he wants to live a good life. And we believe him.

This season, the show also delves into surviving abuse, in a variety of forms. Was it trying to creep into Dexter territory? The Dexter character was an entirely relatable and likeable man who only killed those he thought deserved it. Is Joe/Will heading the same way?

You’ll have to watch to find out.