The new zombie series Black Summer has a bit of bite! 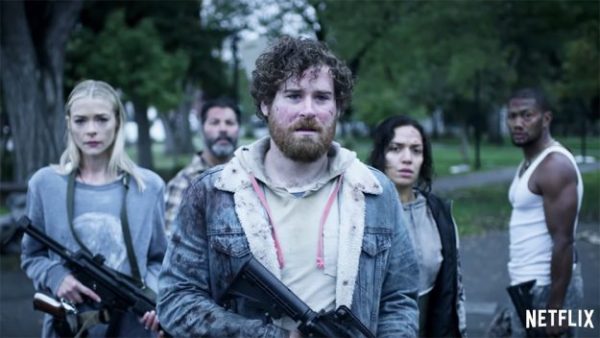 Written as a prequel to the recently cancelled Z Nation (the first 4 seasons are available on Netflix. I am not sure where you can watch the 5th and final season), this new zombie series is set in the early days after some sort of zombie event.

We pick up the action during a mandatory evacuation of a city and Rose (King) is separated from her daughter. The reason is ridiculous, but it sets up our heroine who will stop at nothing to find her daughter. The only real thing we know is they need to get to the stadium before the zombie horde descends.

Should I watch? Yeah, you should!

I haven’t watched Z Nation so I can’t comment on that, but this new show isn’t too bad. It’s not must-watch-TV from the opening scene like The Walking Dead was, but it has good bones.

Each episode is split among a core group of characters, which allows us to quickly figure out what kind of zombies we are dealing with. Fast moving 28 Days Later zombies or The Walking Dead shufflers? Or something in between.

You will have to watch to find out.