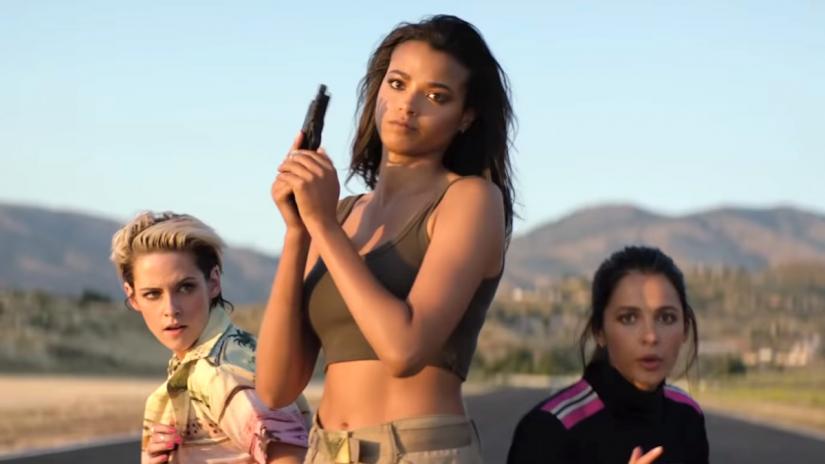 Charlie and his Angels have been with us since the mid-’70s. The original TV series was on air for five years and followed three highly trained and capable police officers recruited to be private detectives. The catch was they were all beautiful and almost always had cause to be dressed in heels, gowns or bikinis.

Charlie’s Angels turned all the actresses’ into stars, but there was one stand out. Farrah Fawcett became the ‘it’ girl of the time. Her red swimsuit poster, tame by today’s standards, remains an iconic image to this day. Ask your parents or grandparents who Farrah Fawcett was.

Then in 2000, the franchise was resurrected. But with Drew Barrymore, Cameron Diaz and Lucy Liu in the lead, these angels were different. They were still kick arse detective/spies but rather than being mere objects to be paraded about, there was a lot of fun injected into the script. The two movies were a huge success, mostly because of the strong leads and the fun, quirky script.

And now the Angels are back.

It’s late 2019 and we are a few years into several global movements that’ve seen women and their portrayals on-screen, and in the media, redefined. It’s not perfect. Not by a long shot. But it’s a start.

After the success of the early 2000s Angels with its fun, funny and endearingly flawed ladies making us laugh and cheer in equal parts, is there any need for more Angels in the cinematic lexicon?

Perhaps you’re wondering why I haven’t included a brief movie synopsis as I usually do. Well….do I need to?

The movie has 3 beautiful spies running around catching bad guys. There. Done.

And to answer my question, no. There was no need for new Angels.

While there’s nothing wrong with this movie, there’s nothing to make it stand out, to turn its leading ladies into anything other than 3 pretty actresses who got to play with big guns and kick bad-guy arse.

And there’s been a lot of talk around the gun usage in this movie. Of course, the girls should be allowed to play with the big guns, just like the boys. But why? We just don’t need more gun-toting kick-arse people on screen.

The script is average. The acting is average. The story is average. It’s just all a bit…. beige. And for a Charlie’s Angels instalment that includes lots of fast cars, exotic locations, guns and all the other spy movie stuff, that’s saying something.

It’s all mindless but if mindless entertainment is what you need this weekend, then knock yourself out.