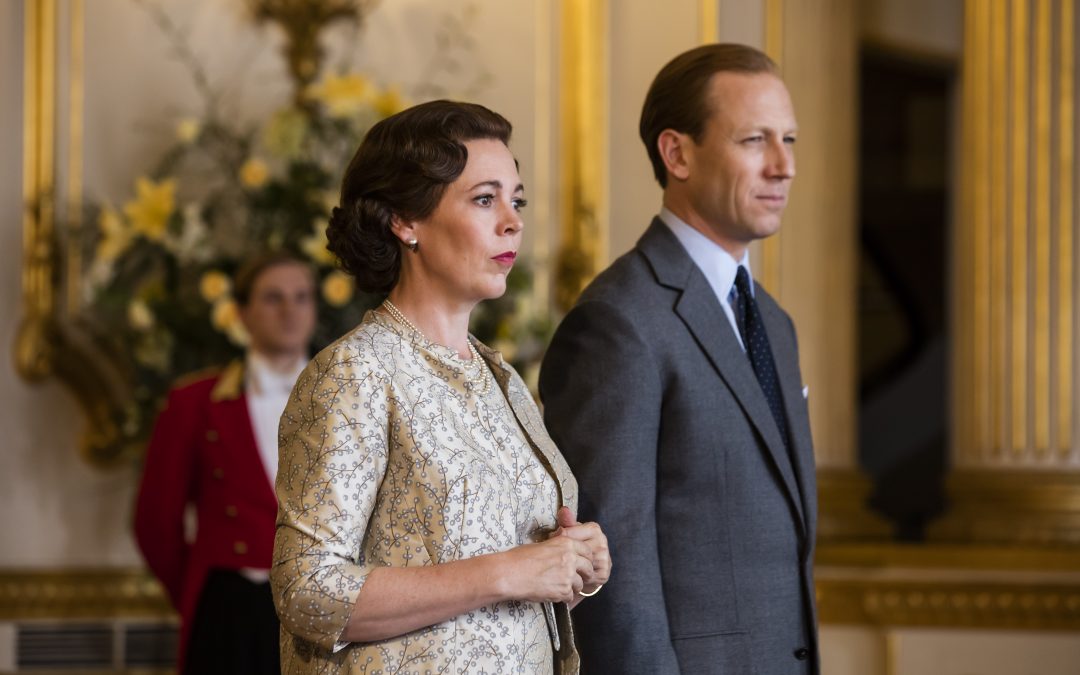 Since it’s Netflix debut in August 2017, The Crown has proved to be popular with viewers and critics alike. It has garnered a string of international awards and catapulted it’s star, Claire Foy, firmly into the spotlight.

Until now, Foy has played the young Queen Elizabeth II but as the monarch ages, the role has been handed to Golden Globe, BAFTA and Academy Award winner Olivia Colman. Matt Smith has also passed the torch of playing Prince Philip to Tobias Menzies, who you may recognise from Netflix’s Outlander series.

This season of The Crown sees a new Prime Minister in Downing Street, as Queen Elizabeth and her young family struggle to meet the challenges of a rapidly changing Britain. From cold-war paranoia, through the vast social changes of the ’60s and into the economic uncertainty that gripped England in the ’70s, Elizabeth must adapt to a new, more liberated, but also more volatile world.

This season, our Queen is a maturing woman, far more comfortable with the life she has been handed. She and Philip have overcome the turbulence of their youthful marriage and have settled into quiet domesticity. We also see more of the relationship with her sister, Princess Margaret, who, if the series is to be believed, never quite settled into being ‘number 2’.

The story hints that, as children, Elizabeth was happy to hand the reins to Margaret, both believing her to be a better choice as Queen. It’s true that the beautiful, fiery Margaret would have made an enormously appealing Queen but in hindsight, Elizabeth has managed to steer her people through some of the darkest and toughest days her country has ever faced.

Should I watch it?

Colman is perfection as Queen Elizabeth in her maturing years. Fans will not be disappointed because the storytelling is as rich and superb as you’ve come to expect.

For those suddenly interested because we’re up to the beginning of the whole Charles/Diana/Camilla saga, you won’t need to watch the first two seasons to catch up. But you should because they are brilliant.

Series 3 is just as wonderful as the preceding two and now I have to wait and wait and wait for season 4 when we finally get to meet Lady Diana.